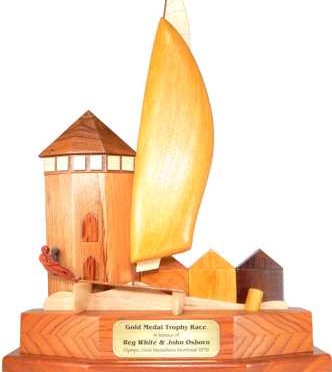 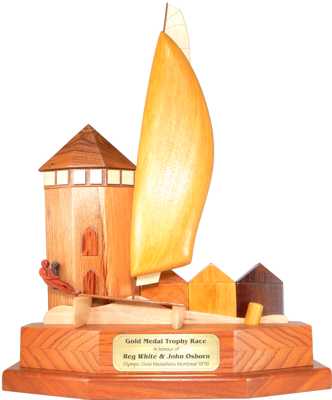 A Perpetual Trophy dedicated to the Tornado gold medallists from the Montreal Olmpics.
The tower in the background is a well known local landmark in their home town in Southern England. As are the bathing huts.
Bateman’s Folly, the tower, leans in real life too!

This magnificent Nautical Gift was commissioned as a special gift for a father-in-law to commemorate his medal win in the Tornado class at the Montreal Olympics.

It includes a local landmark, Bateman’s Tower in Brightlingsea, UK. As well as the bathing huts.

And yes, the tower leans in real life too.